“For our transport we need a flexible logistic services provider with a widespread European network”, says Marcel Guldemond of Hunkemöller. “Unfortunately, not all international hauliers are able to satisfy our specific requirements. I believe that Van Duuren can, thanks to their finely woven network of partner that they have painstakingly set up within Europe.”

“We were confronted with performance issues by our previous haulier, so I had to look for an alternative,” relates Guldemond, Head of Logistics at Hunkemöller, a retail chain in lingerie, nightwear and swimwear. “It was just at that moment that I laid hands on a copy of Drive, in which there was an article describing Van Duuren’s collaboration with a client. The article was enough to cause me to give them a call.”

Jeroen van Duuren remembers the first appointment in the autumn of 2012 very well. “Hunkemöller is a client with very specific requirements. The goods generally have to be delivered to stores where there is little room to load and unload. The driver often has to carry the cardboard boxes through the store, and immediately takes all the packaging away with him. That demands precision, as pallets as frequently too wide. There’s not a great deal of room between the garment rails.”

Delivery Windows
Furthermore, the times at which deliveries can be made are also limited. “We have to take into account not only the shops’ opening hours, but also local authority legislation which, for example, may require that deliveries are only permitted between 8.00 a.m. and 10.00 a.m.”, explains Stef Blommaart. “I, together with Marcel, had to do some serious thinking about these delivery windows, but fortunately we were able to sort out all the issues. Nonetheless, deliveries are still complicated, as Marcel is a good buyer and as a result the delivery periods can be short. Luckily, the carefully worked out delivery schedule, in which we set off from Vianen on just one fixed day per week, is working well in practice.” Marcel Guldemond nods in confirmation. “It worked so well that we at Hunkemöller decided to expand the collaboration.”

The first consignment handles by Van Duuren in August 2013 went to 26 stores in Denmark and two in Sweden. And now this logistic service provider in Vianen is delivering to 37 stores in Denmark, 16 in Sweden and 22 in Austria. Van Duuren is also responsible for the initial stock orders when new shops are opened. Jeroen van Duuren: “We then do everything in one go, with 19 or 20 pallets.” 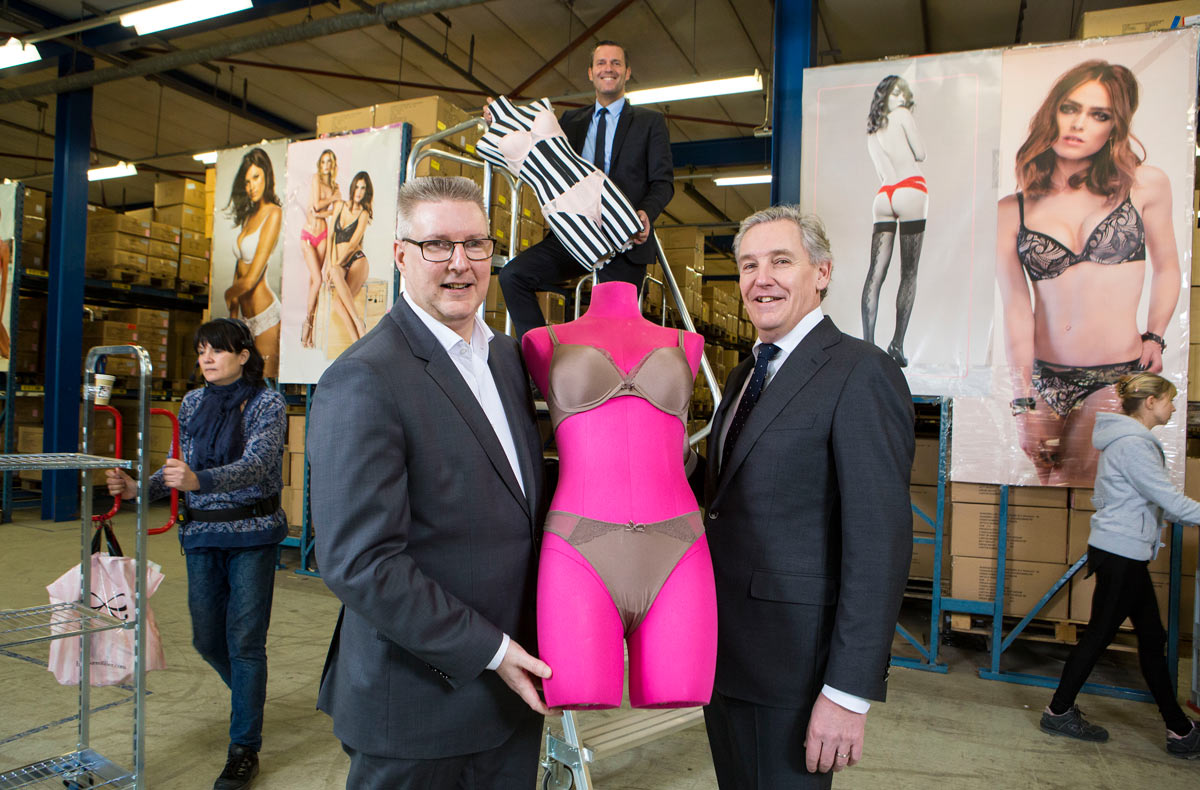 Partner network
“For me it’s fine to do business with a relatively small, horizontal organization,” says Guldemond. “Although it’s not often necessary, we can get in touch easily and I can speak to Stef or Jeroen quickly if there’s a problem. I am also very enthusiastic about the finely woven network that Van Duuren has built up with their partners in the Nordic countries and Austria. As a result of this, they can offer the same degree of tailor-made service as they do in the Netherlands. I know from experience that some pan-European hauliers have quite some difficulty in doing this.”