On the road: Married couple Carlos and Vanda have been driving through Europe together for the last eight years

By van Duuren
Posted 24 November 2017
In News
On the road: Married couple Carlos and Vanda have been driving through Europe together for the last eight years2017-11-242017-11-24https://www.vanduuren.com/wp-content/uploads/2016/10/logo-van-duuren.pngVan Duuren Districentershttps://www.vanduuren.com/wp-content/uploads/2017/11/on-the-road-4.jpg200px200px

Married couple Carlos Manuel Oliveira da Silva and Vanda Sofia Marques dos Santos have been driving through Europe together for the last eight years, six of which have been for Van Duuren – Interport. “We often do the trips to Spain with stops in Paris, Brussels, Liège and Maastricht,” says Carlos. “But we also go to Germany and Switzerland,” adds his wife Vanda. They still really enjoy being on the road together after all these years. 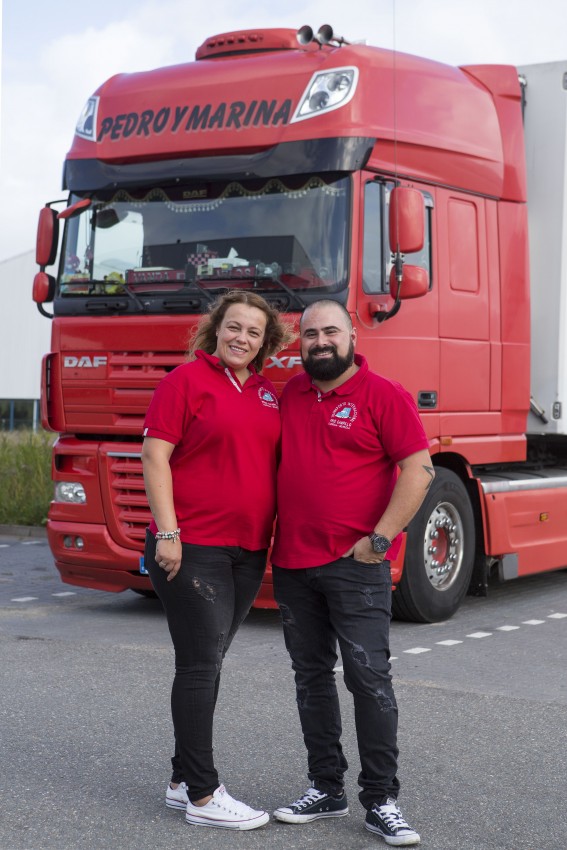 Carlos: “Of course some days are better than others, that’s the same for everyone, but we don’t often squabble in the truck.” They scarcely ever eat in restaurants when they are on the road. “Too expensive, and often not very good,” is Vanda’s opinion. “Another thing is that we always want to get the load delivered as quickly as possible. That’s why we cook for the whole week during our 24-hour rest period. Or at least, Carlos does the cooking and I keep the cab clean and wash the clothes.” Carlos nods in agreement: “Our contact with the other drivers is good and we hope to be doing this together for a good few years yet.”