Berry Veldhuis has worked at Van Duuren Interport since September 2017 as an account specialist.

‘After completing HAVO secondary education I chose a combination of theory and practice,’ says Berry about his studies. ‘During the MBO-4 study of Logistics I had a variety of jobs in a number of companies, such as working in the warehouse, but also in the areas of stock management, quality, and inbound and outbound goods administration. In one of these positions I became involved in the world of customs and excise, and this captured my imagination.

This introduction to export documentation, transit goods and bonded warehouses motivated me to take the step over to freight forwarding. At DHL Freight I did this exclusively in road transport to Russia. It was there that I also gained my Fenex diploma as Assistant Customs Declarant. I subsequently moved house from Enschede to the Randstad conurbation and started work at Agility. There I had a lot to do with export to countries such as Iraq and the CIS countries, and I also supervised transport by rail.’

About his work at Van Duuren Interport, Berry says: “The open culture in which the decision-makers are directly approachable appeals to me immensely. Working together to achieve healthy and stable growth is a fantastic process!” 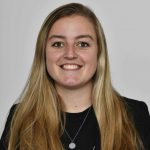