Calin was born in a small mountain town in Romania. ”It’s funny how sometimes life takes you down a path you didn’t expect.” Tells Calin. ”My father had a small transportation company with 3 trucks and we were always arguing because I didn’t want to join the company.”

While studying Human Science, he started working as a salesman for a big chain of stores and after graduating he was a manager over two stores so his interest to study further was dashed.
After a few years he became a customer care supervisor, something he really enjoyed but he got tired of traveling. Then a friend tipped him off to a position as a shipping clerk at a transport company. ”I went to the interview for fun and initially turned down the offer, but in my head the idea began to grow that it might be something I would like to do” Hence Calin accepted the offer and that was his start in the transport sector. It was there that he met Corina and Roman.

About his work at Van Duuren, Calin says: ”I’m very happy and lucky to be working in this great team and to be part of the Van Duuren family.” 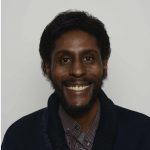 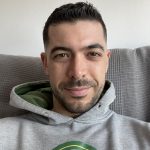