After completing his military service, Jeroen van Duuren officially joined the sales staff of Van Duuren on 1 November 1983. At the same time, he underwent training and worked in all the different departments. From being the age of fourteen, Jeroen had already gained experience in warehousing activities through having gone to work with his father during the school holidays. It quickly became clear that sales and marketing suited him best, and he decided to specialize further in this by going to evening classes.

The start of the Nederlandse Pakket Dienst in 1980 was a wonderful challenge. It was the first company in the Netherlands to orient itself on single package transport. Van Gend & Loos – then still part of the NS (Dutch Railways) – was the largest competitor. The start of Elektronika Expres in 1983 brought with it an entirely new discipline as specialization in a niche market: the audio and video business. This sector was then still run by 2000 small businesses, the ‘mom and pop stores’ as the Americans call them; nowadays the sector is almost entirely in the hands of chain outlets with central warehousing. Jeroen was attracted to the international side of the company and making contacts with (possible) foreign partners.
This international focus became the basis of the present-day company that is under the leadership of Jeroen and his brother Jasper. The brothers have now worked together for more than 25 years. “This collaboration goes without saying, since we complement one another so well. Furthermore, we have experienced the same high points and low points together. That makes our teamwork all the stronger,” says Jeroen. 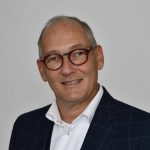 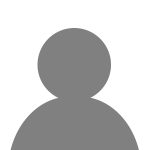