Roman Surdu was born in Moldova. ”I had a wonderful childhood but I faced some challenges in my adolescence.” he tells about his childhood. When Roman was fifteen he moved to Romania. ”That gave me an impetus to move on and find my own way.” Roman further explains. ”My high school, college and work were the stages I went through like everyone else. But the difference is that I’ve been to a lot of places.”

Roman has been a dishwasher in the U.S., tiler in Germany and currently he is a Dispatcher in Romania. ”It is said about an archer that as an archer he never fails to hit his target. In my case at Van Duuren, the target was hit, the ultimate goal was achieved.” Tells he proudly. ”I’m on a great team, which really feels like family.” The life motto he lives by is “remember why you started.” 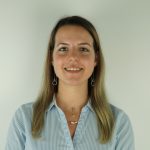