Wilma Labes began at Van Duuren in 1982 in the administration department, after having been the victim of the lottery system for places in higher vocational education. After five years of invoicing and administration, Wilma made a move to the accounts department. Here she also found herself involved in all the takeovers, name changes and all the joys and sorrows of the various Van Duuren companies.

In 2000 Van Duuren was taken over by GLS, and Wilma went to work in this company’s accounts department. However, when in 2004 Jasper and Jeroen van Duuren re-established today’s Van Duuren Districenters, Wilma came with them. “A good decision,” says Wilma.
Her greatest challenge? Wilma: “Ensuring that all the financial details are right at the end of the month, trying to keep the figures in the accounts receivable list as low as possible by sending out reminders and phoning people.” 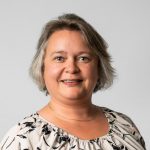 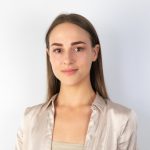